The Lamar Dodd School of Art is one of the largest, highly ranked university art programs in the nation.

With over 1,000 art students, the faculty and staff are dedicated to providing the highest level of instruction in studio art, design, art education, and art history. The School attracts highly qualified and talented students who are seeking to study art at a major comprehensive university. The faculty is made up of nationally recognized artists and scholars who promote a rigorous and lively creative atmosphere conducive to experimentation, innovation, scholarship, and creative inquiry.

In addition to its on-campus facilities, the School also has a year-round Studies Abroad Program in Cortona, Italy, that has served over 4,000 students from 400 American institutions since its inception in 1969. More recently the School has expanded the international opportunities for study in art to include programs in Costa Rica, Ghana, England, Australia, and New Zealand.

In addition to curricular breadth at the undergraduate level, the School offers graduate degrees in ten disciplines. The School is housed in five different facilities on campus, including a $40M building (opened fall 2008) with state-of-the-art studios, lecture halls, galleries, and visual resource center located next door to the Georgia Museum of Art, the School of Music, and the Performing Arts Center. A new ceramics building opened nearby in the fall of 2010. The Thomas Street Art Complex was then opened on North Campus to improve facilities for Jewelry & Metals and Sculpture.

Founded in 1937, the School of Art is named for Lamar Dodd, who as a young man in the 1920s traveled from his home in Georgia to New York to be part of the Art Students League. There he learned from and worked with many of the luminaries of American art. He returned to Georgia to head the Art Department at the University of Georgia from 1939 until his retirement in 1972. Under his leadership, the department grew significantly. The department was renamed the Lamar Dodd School of Art in 1996.

Visit the School of Art 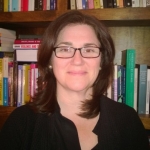 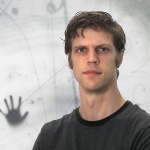 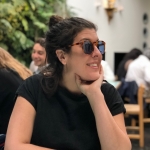 Katie Geha
Director of the School of Art Galleries 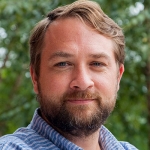 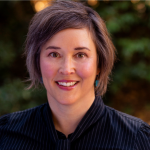 The mission of the Lamar Dodd School of Art is to promote art and design as a significant means of inquiry, integral to problem-solving and the production of knowledge; to educate students to be empathetic and engaged citizens and to prepare them for careers as creative professionals; and to address critical issues facing Georgians and the nation through innovative research in art, art education, and design.

In order to accomplish this mission, the School of Art’s goals are:

As the flagship program in the State of Georgia, these are not only goals but responsibilities of the School of Art. The School of Art’s educational mission also includes extending general education opportunities in the visual arts to all students at the University of Georgia to enable them to fully appreciate and make critical judgments about art. In fulfilling this commitment, the School of Art serves as an advocate for the belief that art and design are important for the quality of life. The School of Art not only strives to prepare students for personally meaningful careers but recognizes that it also must help create a receptive environment for the visual arts. The School of Art’s advocacy starts with its students, but, whenever possible, extends to the community, the state, and the nation.

History of Art Studies at the University of Georgia

The systematic study of the fine visual arts at the University arrived in the academic year 1925-26, when the catalog listings for Home Economics listed several classes in the ‘Related Art and Clothing Group’, including a two-hour credit class in “Drawing and Designing” and a companion two-hour class in “Advanced Design”. These offerings would be joined in the 1928-29 catalog by classes in “Water Color Painting”, “Applied Design”, “Pottery”, and “History and Appreciation of Arts”, the last course encompassing three terms, and taking up, in turn: Prehistoric, Ancient, and Classical Art; Early Christian and Medieval Art, including Italian Renaissance; and the art of Northern Europe and America.

A November 1927 issue of the Georgia Alumni Record (Vol. III, No. 2) presented an article noting the creation of a “Chair of Art.” The article reported that the initial placement of the chair of fine and applied arts was at the State College of Agriculture, rather than “the University proper.” Both were in Athens at the time, though the “University proper” lacked the funds to get the new program up and running, while the College of Agriculture, with its ability to draw on federal dollars, had the extra funds to begin the program. 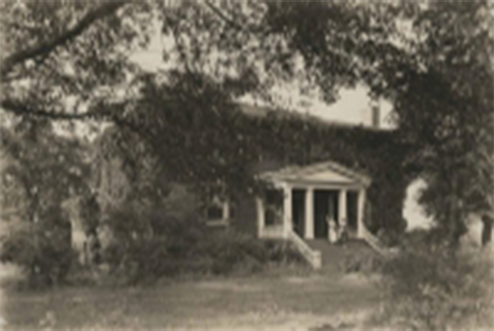 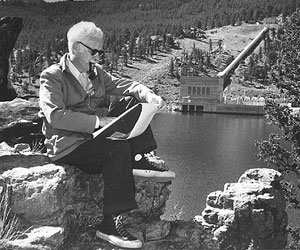 Over the next several years, classes in art were added to the curriculum, but a fundamental change arrived in the 1935-36 school year when the degree programs were modified to include Bachelor of Fine Arts degrees with Majors in both Art and Music. The major in art required eight courses and an additional four art elective classes.

This was the academic framework found by Lamar Dodd when he became the first head of the Art Department in the academic year 1936–37. University President Harmon W. Caldwell made a commitment to bring Dodd to the University of Georgia first as artist-in-residence because he recognized that it was necessary for the university to offer first-rate programs in the fine arts if Georgia was ever going to move to the top tier of national universities. Caldwell’s point man in bringing Dodd from Alabama to Georgia was Hugh Hodgson, the man responsible for a parallel (if slightly earlier) growth of the Music Department at the University.

Dodd brought great passion to the job of bringing the University’s art program into the creative and scholastic forefront. Under his guidance, a robust program of guest lecturers began in the late 1930s, as did a program of obtaining a collection of contemporary art, including representative works from the students involved in the department. All of this was undertaken to enlighten the people of Georgia and the Southeast as to the importance of art and its practice and appreciation in the lives of the citizenry. 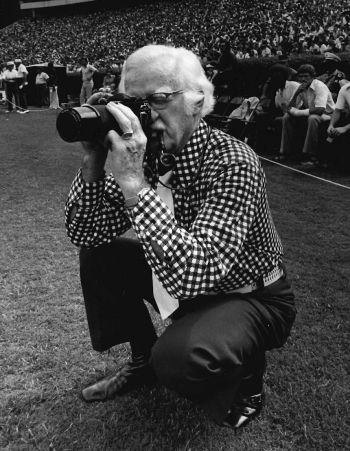 This new program needed a new home, and the original home for art classes at the Chancellor’s House (which once stood on the site of the present-day Main Library) gave way in the early 1940s to the University’s Fine Arts building, designed as a space for Music, Theater, and the Visual Arts. This would be home to classes, and also a place for exhibits and shows, all designed to raise the profile of the fine arts in and around Athens. At a cost of $450,000 (in that moment, the costliest building ever built at the University), it was dedicated on May 31, 1941.

The early 1940s likewise saw the institution of the honorary fraternity for art majors, Kappa Pi, the rapid growth of the Art Students’ League, and the annual auction of artworks which brought the work of faculty and students together in a venue designed both to raise funds and raise the consciousness of Georgians to the importance of an appreciation of art as a fundamental component of a quality liberal arts education.

The first few years of Dodd’s tenure saw the expansion of the curricular offerings, supplementing the continued fine work in decorative arts by Annie Holliday and Mildred Ledford with the hiring of Alan Kuzmicki and Earl McCutcheon in the 1941-42 school year. That same year saw the emergence of strong programs in printmaking and ceramics (McCutcheon, in particular, would energize the ceramics program well into the mid-1970s). Those early years also would bring renowned muralist Jean Charlot to Georgia, not only as artist-in-residence but as author and director of a series of murals which would grace both the School of Commerce and The Fine Arts Building.

The 1950s would be a time of growth for the program, and also an era of controversy as some forms of modern art found slow acceptance at UGA, perhaps no piece more contentious than the Iron Horse, a 1954 work by UGA sculptor Abbott Pattison. After several defacements of the sculpture, which had been erected near Reed Hall, the sculpture was removed from public view, eventually making its way to a field overlooking Georgia Route 15 in Oconee County.

Nor was this clash with the “modern” over. The growth of the program was so successful that, by the late 1950s, the department was again in need of a new home. By 1960, work had begun by the Atlanta firm of Toombs, Amisano, and Wells on a new $900,000 home for the visual arts programs. The design was a revolutionary one, in which the building was opened to natural light, had large areas dedicated to formal and informal exhibition spaces, and in which studio design was a dominant feature. Formally dedicated on January 21, 1963 with a speech by John W. Gardner, the building variously branded ‘the ice plant’, ‘that monstrosity on Jackson Street’, and ‘Dodd’s Folly’ was home to 800 students a day, and was for a while one of the most visited buildings on the UGA campus. Indeed, the edifice so reflected the spirit of Dodd that it would be renamed in 1995 as the Lamar Dodd School of Art.

As the 1960s drew to a conclusion, not only was the art department in Athens flourishing, but UGA was moving into more international environs with the commencement of the Studies Abroad program in Cortona, Italy, in 1970. This would be only the first of a number of UGA foreign residence programs that over the last 40 years have become central to the teaching, research and outreach missions of the University.

Even as continued robust growth of the holdings at the Georgia Museum of Art would lead to their taking up a new East Campus residence in 1996, by the early 2000s it was obvious that the dispersed programs of the Lamar Dodd School of Art (housed in seven separate locations) also needed a new home in which the shared synergistic space could propel the various programs of the school into the future. Work was begun on the East Campus structure in 2006, and by 2008, over 1,200 students, staff, and faculty had a new $39 million home. Though not all programs joined in the move from the Jackson St. facility, the East Campus structure reunited many of the formerly isolated areas of study, and serves today as the central space for the creative energies of the School, a place of focus and intellectual inquiry, a place of synthesis and outreach, and ultimately a place where artistic expression can find nurture and growth.

Lamar Dodd’s observation in 1946 that “One’s study is never finished” certainly guided his leadership of the art program of Georgia, and has also been absorbed as a guiding philosophy by the faculty, staff, and students of the Lamar Dodd School of Art ever since.