This summer, Associate Professor Moon Jang received an invitation from Doosung Paper, a leading paper company in South Korea, to curate an exhibition in Seoul. SuperSurfaces, an international group exhibition, was on view at the gallery, In the Paper, located in from July 10 to 17, 2018. Jang directed the exhibition, along with the exhibition committee: Chris Ro, Namoo Kim, James Chae, and Minkyoung Kim.

SuperSurfaces aimed to investigate the properties of contemporary surfaces such as ephemerality, fluidity, and blurriness and to demonstrate how they could project something above the surfaces into the present-future or future-present. SuperSurfaces provided a time to create something more than ‘instagrammable’ surfaces transcending zoomed-in, high-saturated, and fragmented art and design practices and became a place where we rethink and imagine “SuperSurfaces” with freedom.

Callahan is the Artistic Director of Ideas for Creative Exploration, an interdisciplinary initiative for advanced research in the arts at the University of Georgia, and serves on the faculty of the Lamar Dodd School of Art. He is a graduate of Cranbrook Academy of Art and Rhode Island School of Design, where he was a member of the European Honors Program in Rome, Italy. Callahan's work has been included in exhibitions at the Massachusetts Museum of Contemporary Art (MASS MoCA), Club Internet, MAMA: Showroom for Media and Moving Art in the Netherlands, the Telfair Museum in Savannah, Georgia, and used in concert by R.E.M. as a large-scale video projection. Internet Soul Portraits (I.S.P.) is part of the Rhizome ArtBase at the New Museum of Contemporary Art in New York. He is the host of the ICE Conversation Series podcast and executive producer of AUX, an event and publication series based in Athens, Georgia.

Miller is a printmaking-based artist from St. Louis, Missouri. Through her print- and book arts-based work, Miller reference the handwritten letter to investigate slowness, distance, embodiment, and emotional intimacy. She received her BFA in Studio Art from Southeast Missouri State University (Cape Girardeau, MO) in 2014, and has exhibited and participated in residency programs nationally and internationally. She is currently an MFA Candidate in Printmaking + Book Arts at the University of Georgia (Athens, GA). 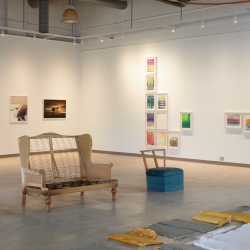 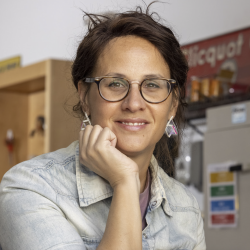 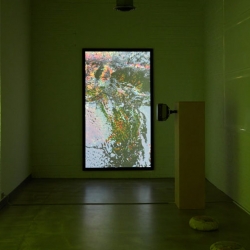 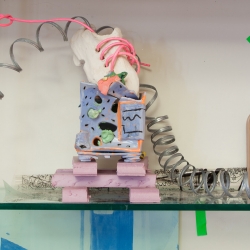