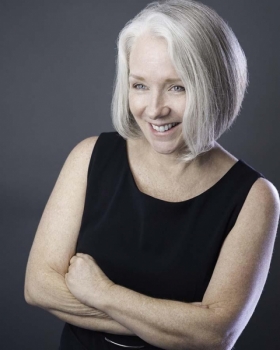 University art museums are uniquely poised to foster collaborative projects and partnerships across campus. Borrowed from quantum physics, the notion of “entanglement” provides an exciting metaphor for the kinds of interdisciplinary exhibitions that academic institutions can and should cultivate. Art historian and museum professional Joyce Robinson will discuss the rich nexus of scholarship and outreach that can result from “curatorial entanglements,” looking in particular at Plastic Entanglements: Ecology, Aesthetics, Materials.

Dr. Joyce Robinson  is a specialist in modern American and European art and teaches courses primarily on African American art for the department at Penn State. Her scholarly essays have been published in several anthologies, including Acts of Possession: Essays on Collecting in America (Rutgers University Press, 2003); What is Architecture? (Routledge, 2002); and Not at Home: the Suppression of Domesticity in Modern Art and Architecture (Thames and Hudson, 1996). As curator at the Palmer, she organized more than sixty exhibitions, primarily in the fields of contemporary art, twentieth-century American art, and photography, and authored catalogues for a number of exhibitions, including Couples Discourse (2007 co-curated with Micaela Amato, Penn State School of Visual Arts); Wos up man? Selections from the Joseph M. and Janet D. Shein Collection of Self-Taught Art (2005); Fantastic Tales: The Photography of Nan Goldin (2005); Intimate Purlieus: The Diminutive Landscape in Contemporary Art (2004); An Artistic Friendship: Beauford Delaney and Lawrence Calcagno (2001); and, An Interlude in Giverny: The French Chevalier by Frederick MacMonnies (2000).