How are we resilient? The Athens community and UGA respond to resilience prompt.

The Lyndon House Arts Center will soon unveil the exhibition Imagination Squared: Pathways to Resilience, a social experiment which collected symbols, stories, and sounds on resilience in Athens between 2018-2020. The exhibition is set to open September 8, 2020 and will be on view until January of 2021.

Imagination Squared was a collaborative project created by MFA alumna Christina Foard. The project began in early 2018 and concluded abruptly amid the March 2020 COVID shutdowns. Imagination Squared asked diverse members of the Athens community, to modify a five-inch wooden square, asking the question, “What is resilience?”  Participation was free and asked only that individuals, couples, teams, businesses to consider how they thrive in a rapidly changing world. There were no rules. Participants could glue a strange object from their garage on the square, wrap it in the fabric of their grandmother's sweater or use colorful clay to represent the fragile ecosystem of a coral reef.

A second phase of Imagination Squared included a collaboration with the Hugh Hodgson School of Music. The project evolved by adding a sound module to better capture the culture of Athens. Christina Foard and Mark Mobley, Co-Director of the ACES program, collaborated by prompting Mobley’s "Music in the Real World" students to create 40 second sound compilations on their perceptions of resilience.

In total, Athens residents created over 1104 squares. Around 1030 of these submissions were visual resilience squares and the remaining 74 were audio squares. Approximately 1072 people participated, including over 200 School of Art students and faculty and over 600 UGA students and faculty.

In this collection of 1104 responses to “What is Resilience?” different themes surfaced. The most common were music, love, family, attitude, nature, religious faith, humor, immigration, and equal rights/freedom. Although most squares were created prior to the pandemic, the lessons inherent in these squares can empower us through these challenging times, and the ones that still lie ahead. According to Foard,

“It was designed to celebrate how we thrive, connect, and grow; individually and collectively. It prizes community, it eschews hierarchical structures, and it honors the voices of all who wanted a voice. It is the true definition of public art made by the public. It displays the strength, beauty, anger, humor, and creativity within our Athens community, as presented by the 1072 people who shared their ideas and stories in these resilience squares and audio compilations.”

Christina Foard is the Imagination Squared Project Director. She received her MFA from the Lamar Dodd School of Art, a BFA from the University of Cincinnati, and has over 25 years non-profit management experience. Foard's early career was focused on new-media communications projects in the Washington DC area and in 2004 shifted towards arts administration roles: Public Programs Director for The Cummer Museum of Arts and Gardens; and later, Director of Arts in Medicine at the University of Florida Medical Center Jacksonville. Foard began to paint professionally in 2008, concurrent with her arts administration career. With the help of several gallery relationships, Foard has shown nationally and internationally and has participated in 8 solo exhibitions and over 30 group exhibitions. Since 2014, Foard has lived in Athens, GA with her husband, a Professor of Ecology at the Odum School of Ecology, and their five children, all of whom are now in undergrad programs around the country.

Visit https://www.accgov.com/lyndonhouse to learn more about gallery hours and health and safety guidelines. 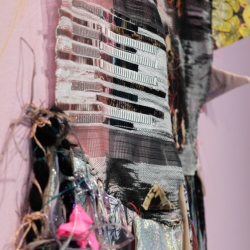 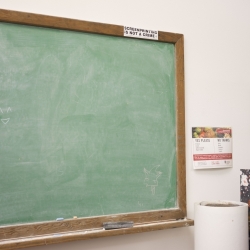 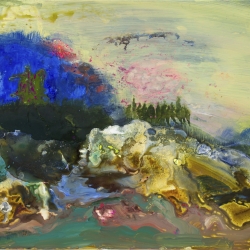