Studio Art Professor Imi Hwangbo presents Reverie, a mid-career survey of constructed drawings and prints at the Hawthorn Contemporary in Milwaukee, Wisconsin. The show can also be toured virtually here. 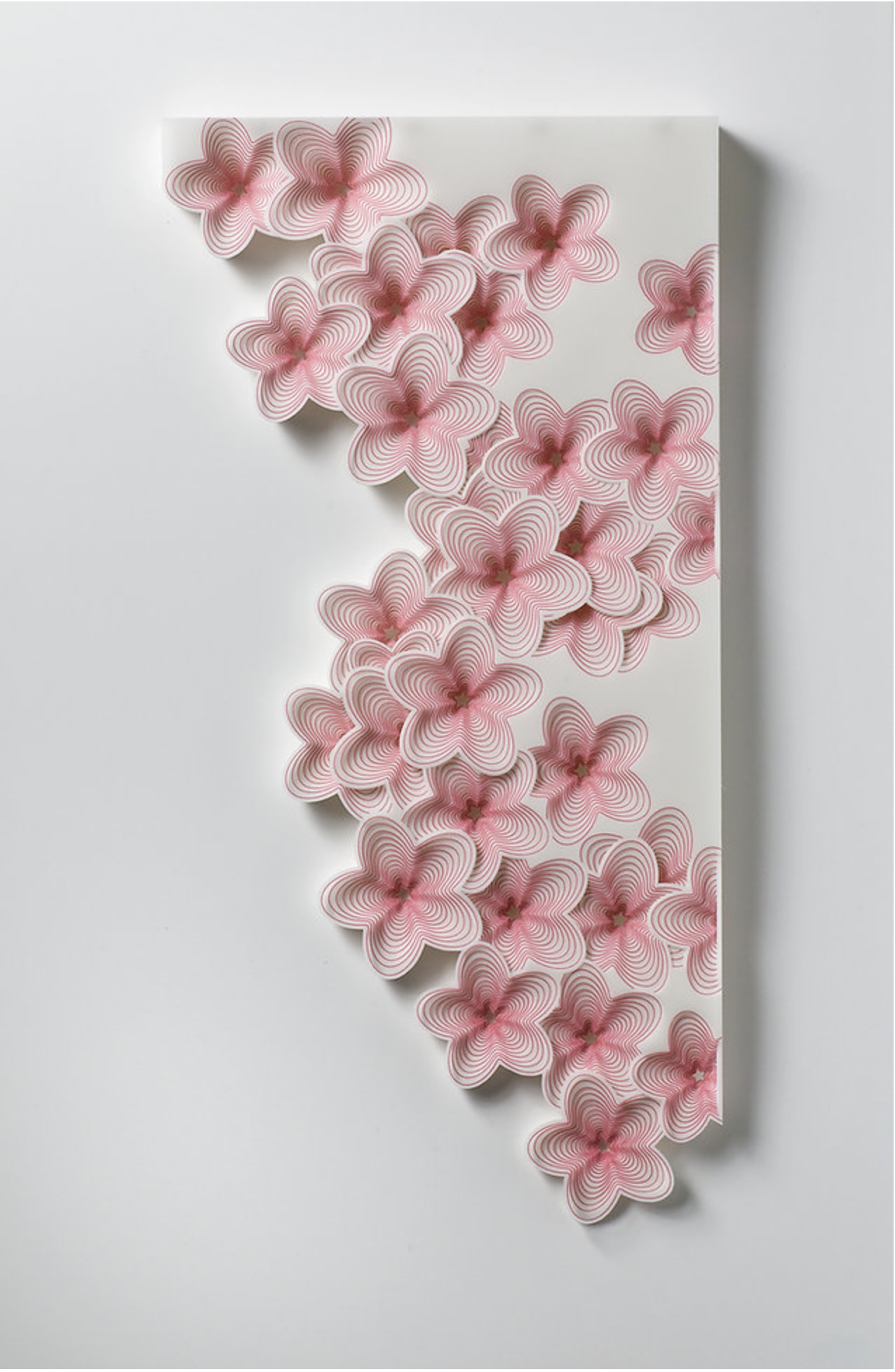 Reverie spans twenty years of art practice focusing on paper to redefine sculptural forms and perceptions of space. Hwangbo's works are inspired by Korean ornamental patterns found in Buddhist temples and traditional wrapping cloths. Laborious and intricate, her process reveals the complex relationship between traditional and contemporary. She calls the work “constructed drawings and prints,” which are achieved through meticulous layering or collaging of cut paper, thus extruding the historical motifs into visually striking three-dimensional forms.

Trained as a sculptor, the artist uses the medium of paper as both a picture plane and a physical material that can be cut and shaped to convey an experience of light and shadow. Many of her geometric patterns and floral motifs recall folk beliefs in a living and powerful landscape. The iconography features flowers, animals, and aspects of the natural landscape that are associated with protection from harm and desires for health, longevity, and fertility.

Her newest work is a series of Constructed Prints that combines a printed image with a cut paper relief element. This new work begins with a hand-made drawing in pencil that evolves slowly over a period of several months. Graphite is layered to create rich darks, and the outer perimeter is created with tiny, pointillistic marks. Gradually, an image develops that evokes an illusion of great depth, which is then transformed into a print.  The hand-drawn image is contrasted with an elaborate cut paper pattern that is mounted to the surface of the print. The patterns, which resemble a floating field of flowers, are drawn from Korean decorative arts. Seen against an illusionistic image of space, the floating patterns create a drawing with light and shadow.

Imi Hwangbo received her B.A. in Studio Art from Dartmouth College. She received her M.F.A. in Sculpture from Stanford University, where she studied with the painter Nathan Oliveira. Ms. Hwangbo has been the recipient of numerous international artist fellowships, with residencies at the American Academy in Rome and the Camargo Foundation in France. Within the United States, she has been an artist-in-residence at Yaddo, the MacDowell Colony, and the Bemis Center for Contemporary Art.

Hwangbo’s work has been acquired by major corporations including Fidelity Investments, the Dana Farber Cancer Institute, and the Peninsula Hotel in Hong Kong. Her work in constructed drawing has been exhibited in solo shows at the Volta Art Fair and the Pavel Zoubok Gallery in New York City, and the Ellen Miller Gallery in Boston. She has shown her work in the biennial “Women to Watch” exhibition sponsored by the National Museum of Women in the Arts in Washington, D.C. Other group shows include exhibitions at the Jepson Center for the Arts, the Bell Gallery of Brown University, the International Print Center New York, the Art on Paper Fair in New York, the Weatherspoon Art Museum, and the Atlanta Contemporary Art Center. Articles and reviews of her work have appeared in The Huffington Post, Art in America, Sculpture Magazine, The Boston Globe, the Washington Post, and the Atlanta Journal-Constitution. She is a professor of art at the University of Georgia. 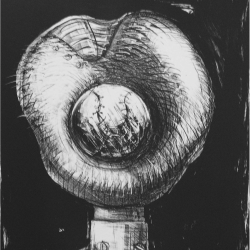 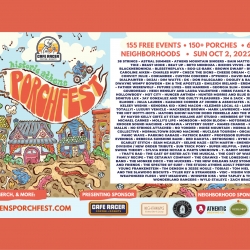 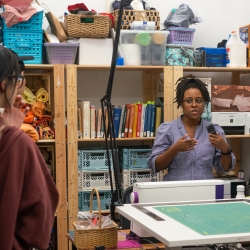 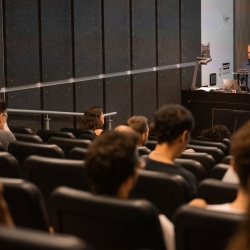