The Athenaeum is thrilled to present Kara Walker: Back of Hand, the first solo exhibition to be held in Georgia of the work of this internationally renowned artist. The exhibition displays a series of new works on paper by Kara Walker that examine themes such as complicity, racism, misremembered histories, and the violence that undergirds the legacy of the South. Walker moved to Stone Mountain from Stockton, CA when she was 13 and attended college at the Atlanta College of Art and Design. The exhibition will be on display at the Athenaeum, the University of Georgia’s contemporary art space, from January 13th to March 25th, 2023.

Currently based in New York, Walker is best known for her candid investigation of race, gender, sexuality, and violence through silhouetted figures that have appeared in numerous exhibitions worldwide. The body of work in this exhibition represents her continued practice in drawing, working in watercolor, gouache, ink and graphite to create a series that calls forth the past at once mythological and real, ancient and contemporary. According to Walker, “I am always reflecting on the state of current events and the overlap of the historical and the mythic.” 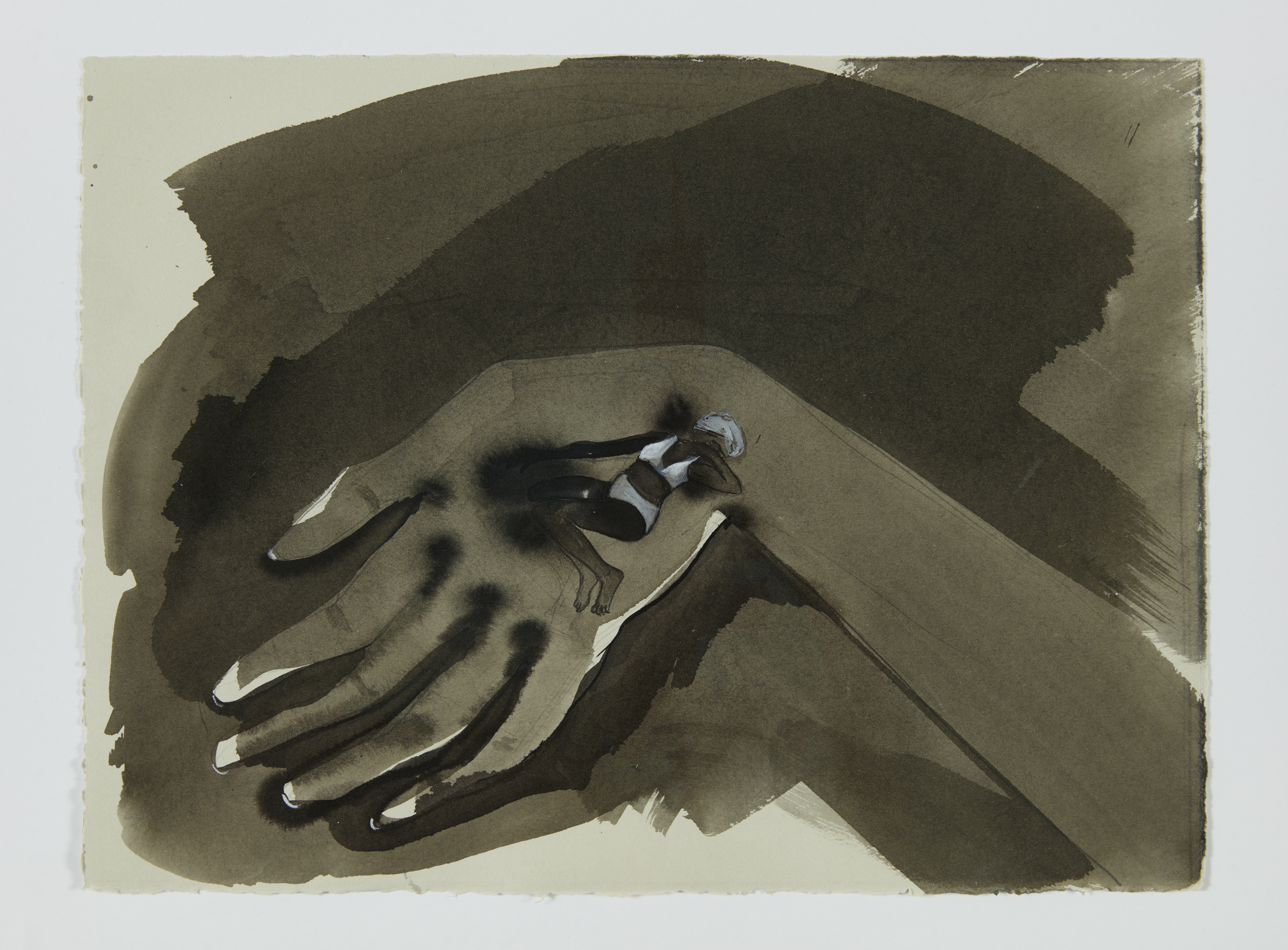 Walker draws from a variety of influences in this recent work, recalling the political sketches of Goya, the caricatures of Daumier, and the “exotic” spectacle presented in the paintings of Gaugin. Two suites of work on display from her on-going series Book of Hours, started during the pandemic, have multivalent references that stem from medieval illuminated manuscripts to the actual time Walker spent creating the work to the uncanny, out-of-time sensation many of us endured during the early months of lock-down.

The practice of drawing for Walker is a hopeful, grounding activity. “Sitting down to make an intimate drawing is a conversation, a way of listening to what’s grumbling inside my body,” Walker explains, “and an attempt to transmit, nonverbally, an experience of being.” Two very large scale almost mural-like drawings, The Ballad of How We Got Here and Feast of Famine, both completed in 2021 and shown for the first time, present a new direction for Walker. Through a tangle of scrawled texts that fill the large paper, cut paper figures affixed to the ground seemingly dance and whirl across the page. Through the chaos of words, Walker indicates to the viewer that history and its attendant interpretations are anything but neat. Instead, Walker presents history without moral or as she explains, “To demand exactitude in the pursuit of a historical truth is to go where no mind can venture and return whole.”

This exhibition is generously supported by a gift from the Lupin Foundation. 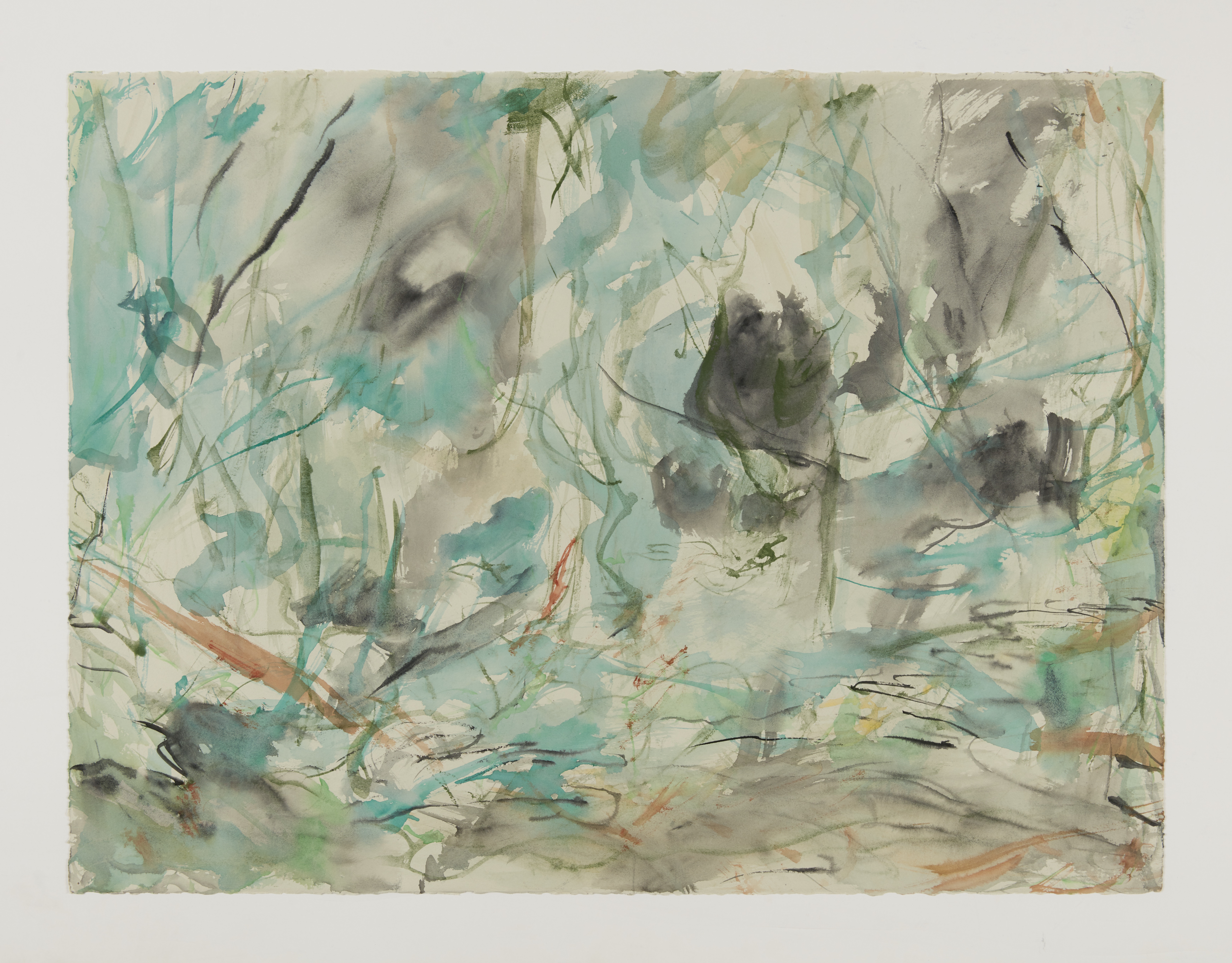 New York-based artist Kara Walker is best known for her candid investigation of race, gender, sexuality, and violence through silhouetted figures that have appeared in numerous exhibitions worldwide.

Born in Stockton, California in 1969, Walker was raised in Atlanta, Georgia from the age of 13. She studied at the Atlanta College of Art (BFA, 1991) and the Rhode Island School of Design (MFA, 1994). She is the recipient of many awards, notably the John D. and Catherine T. MacArthur Foundation Achievement Award in 1997 and the United States Artists, Eileen Harris Norton Fellowship in 2008. In 2012, Walker became a member of the American Academy of Arts and Letters. In 2015, she was named the Tepper Chair in Visual Arts at the Mason Gross School of the Arts at Rutgers University.  Her work can be found in museums and public collections throughout the United States and Europe including The Solomon R. Guggenheim Museum, New York; The Museum of Modern Art, New York; The Metropolitan Museum of Art, New York; The Tate Gallery, London; the Museo Nazionale delle Arti del XXI Secolo (MAXXI), Rome; and Deutsche Bank, Frankfurt.

Walker’s major survey exhibition, Kara Walker: My Complement, My Enemy, My Oppressor, My Love, was organized by The Walker Art Center in Minneapolis where it premiered in February 2007 before traveling to ARC/ Musée d’Art moderne de la Ville de Paris; The Whitney Museum of American Art in New York; The Hammer Museum in Los Angeles; and the Museum of Modern Art in Fort Worth. Recent solo exhibitions have been presented at the Art Institute of Chicago; Camden Arts Centre in London; and Metropolitan Arts Center (MAC) in Belfast.

During the spring of 2014, Walker’s first large scale public project, a monumental installation entitled A Subtlety: Or… the Marvelous Sugar Baby an Homage to the unpaid and overworked Artisans who have refined our Sweet tastes from the cane fields to the Kitchens of the New World on the Occasion of the demolition of the Domino Sugar Refining Plant, was on view at the abandoned Domino Sugar refinery in Williamsburg, Brooklyn. Commissioned and presented by Creative Time, the project – a massive sugar covered sphinx-like sculpture – responded to and reflected on troubled history of sugar.

As a special project of the 2015 Venice Biennale, Walker was selected as director, set and costume designer for the production of Vincenzo Bellini's Norma at Teatro La Fenice, Venice, Italy.

The Athenaeum is a non-collecting contemporary art gallery affiliated with the University of Georgia. We are an experimental educational resource for students, faculty, and for people in the Athens community at large. We provide access to work by today’s leading practitioners and use innovative programming such as lectures, performances, and workshops to connect art to vital issues. Encouraging multi-faceted, cross-disciplinary conversation, the Athenaeum is a site for the exchange of ideas about art and the many issues on which it touches. 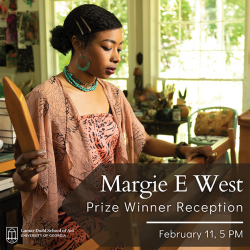 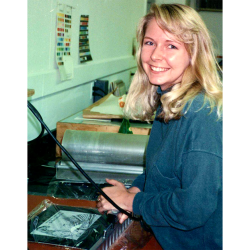 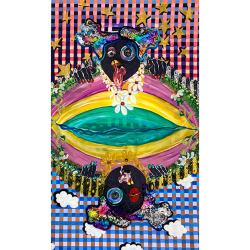 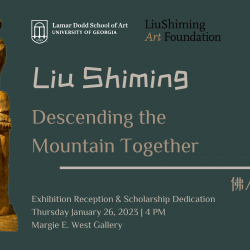