Associate Professor Stefanie Jackson has been named one of 10 women from across the country who paint in the figurative realist style were named finalists for the Bennett Prize. The $50,000 Prize is the largest art award ever offered solely to women painters. The 10 were selected from among 647 entrants.

The Bennett Prize, created in 2018, awards $50,000 to a woman artist to create her own solo exhibition of figurative realist paintings, which will travel the country. The Prize will propel the careers of women painters who have not yet realized full professional recognition, empowering new artists and those who have painted for many years. The Prize will expand opportunities for the public, who may not be familiar with figurative realist painting, to learn more about the creative vision of talented women painters in this increasingly popular genre.

“The response has been incredible – exceeding our best hopes – and the paintings submitted for consideration are stunning,” said Art Martin, a juror and director of collections and exhibitions at the Muskegon Museum of Art, where finalists’ works will be presented beginning May 2, 2019. The $50,000 winner will be announced at the exhibition opening. An exhibition of the finalists’ works will travel following the Muskegon Museum of Art opening.

Stefanie Jackson is an American painter whose art deals with themes of African American history and contemporary US politics. Born in Detroit, Michigan, Jackson received her BFA from Parsons, The New School for Design in 1979 and her MFA from Cornell University in 1988. Currently, she is an associate professor of art at the Lamar Dodd School of Art at the University of Georgia. She has been the recipient of numerous awards and grants, including those of the Pollock-Krasner Foundation, the Georgia Council for the Arts, the National Endowment for the Arts and the Adolph and Esther Gottlieb Foundation Award, in recognition of her life’s dedication to developing artistic goals, regardless of other personal or financial responsibilities. Jackson’s work has been shown at a variety of galleries and museums, including The Detroit Institute of Arts, her solo exhibition La Sombra y el Espiritu at the Robert and Sallie Brown Museum UNC, the David C. Driskell Center Gallery, the Georgia Museum of Art, the Harriet Tubman Museum and the Afro-American Historical and Cultural Society Museum in Philadelphia. She has studied in both France and the United States, in attendance of several artist in residence programs.

Jackson's paintings draw on her own life experience as well as broader issues of social justice. Her influences span a broad range of styles, including surrealism and African American literature. One major influence on Jackson's work is Southern blues music and culture. Much of Jackson's work deals with major events in U.S. and African American history. Her art has responded to the Atlanta Race Riots, the destruction of New Orleans by Hurricane Katrina, issues of public housing in Detroit and New Orleans, and the French colonial history of New Orleans. More personally, Jackson draws inspiration from family tragedies, including losing her cousin to violence in Detroit, which is commemorated in the painting Little Girl Blue. 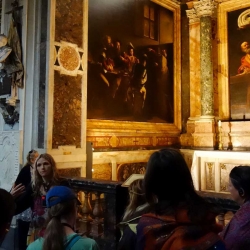 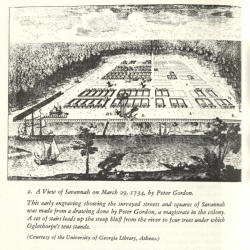 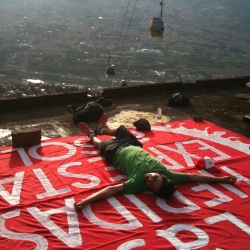