Art X Instructor Chris Cogan’s work will be included in the new book, “Art in Motion: 100 Masterpieces with and through Media” by ZKM Center for Art and Media Karlsruhe, Germany. It will be edited by curators Peter Weibel and Siegfried Zielinski and released by Verlag der Buchhandlung Walther Konig, Cologne.

The book is based on ZKM’s exhibition of the same name, which presents time-based media arts as the foremost innovation in the arts of the twentieth and twenty-first centuries. It is a moving history of the art of motion utilizing technical devices: from cinema to kinetics, from light to sound.

Other artists in the publication include Nam June Paik, Maya Deren, John Cage, Lynn Hershman, Sergei Eisenstein, Ulrike Rosenbach, Aldo Tamebellini, Michael Snow and many others. The book will be released in the second half of 2019.

Cogan’s work chosen for the publication is a 16mm film titled “Electreat”, which was shot on location in Lacoste, France in 1996. The film presents electricity as a fetish and an obsession, both frantic and ravenous. Electricity becomes a symbol in a strange, cultish realm.

The ZKM Center for Art and Media Karlsruhe is a center for of all media and genres, a house of both spatial arts such as painting, photography and sculpture and time-based arts such as film, video, media art, music, dance, theater and performance. The ZKM was founded in 1989 with the mission of continuing the classical arts into the digital age. This is why it is sometimes called the »electronic or digital Bauhaus« – an expression that is traced back to the founding director Heinrich Klotz. 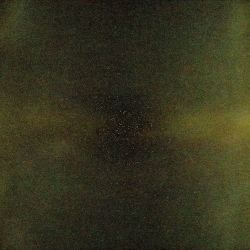 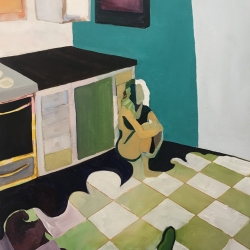 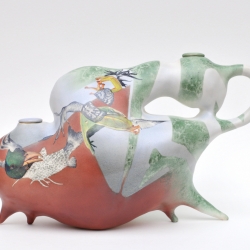 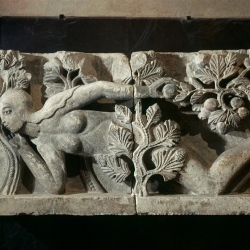