Professor Asen Kirin Curated the exhibition, "Gifts and Prayers: The Romanovs and Their Subjects," which is the subject of a recent Huffington Post article and a symposium taking place this weekend on September 23 and 24 at the Georgia Museum of Art

Above Image:Cigar box with enamel miniatures celebrating the coronation of Alexander II

The Romanov family ruled Russia autocratically until the 1917 revolution that ushered in a Communist government. Splendid gift-giving was one way that they strengthened social ties and exerted political control. As The Huffington Post explores in a recent article, examples of ceremonial gifts ranging from helmets to portrait medallions to cigar boxes are on view in the exhibition “Gifts and Prayers: The Romanovs and Their Subjects” at the Georgia Museum of Art. Luckily for those of us at the Dodd, a two-day symposium kicks off this Friday, September 23, when Shouky Shaheen Distinguished Lecturer Suzanne Massie will present the keynote lecture about Russian art and collecting in the Dodd Auditorium S150 at 5:30 pm. 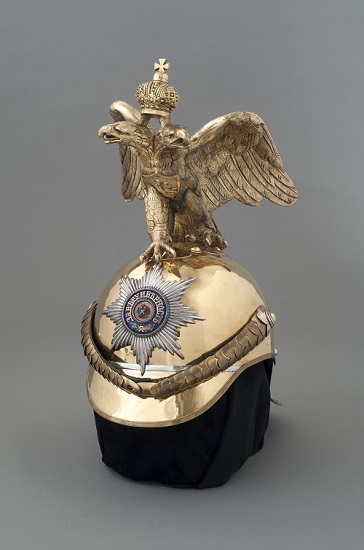 Massie is an author who wrote, together with her then husband Robert K. Massie, the influential book Nicholas and Alexandra: An Intimate Account of the Last of the Romanovs and the Fall of the Russian Empire. She also has firsthand knowledge of the confluence of politics and art from her time as advisor to president Ronald Reagan. During the Cold War, Massie acted as an unofficial liaison between the U.S. president and leader of the Soviet Union Mikhail Gorbachev. Her experience gives her a particular expertise with which to speak about the exhibition “Gifts and Prayers: The Romanovs and Their Subjects” and its accompanying symposium.

Icon of the Mother of God of the Sign with saints, detail, 1875, Tempera on a wooden panel on extended loan to the Georgia Museum of Art from a private collection.

The works on view in “Gifts and Prayers: The Romanovs and Their Subjects,” crafted with extraordinary skill in lavish materials and often bearing the imperial double-headed eagle, speak to us about 300 years of imperial Russian history. The Huffington Post quotes Asen Kirin, curator of the exhibition and professor of art history at the Dodd, describing the significance of these varied objects:

“Gifts to the tsars and from the tsars made of precious materials with symbols of the empire were an important part of maintaining the fabric of Russian society. …In the drastically stratified society of the Romanov Empire, the rituals of gift-exchanging affirmed the sense of belonging together.”

They could also create a place for lineage and soft propaganda. For example, several objects in the exhibition demonstrate how images of Peter the Great, who introduced western practices to Russia, were used by his successors to align themselves with his progressive success. Among them is a bejeweled pin that Alexander II commissioned on the anniversary of Peter the Great’s 200th birthday in 1872; it features an enamel portrait miniature of the former tsar. 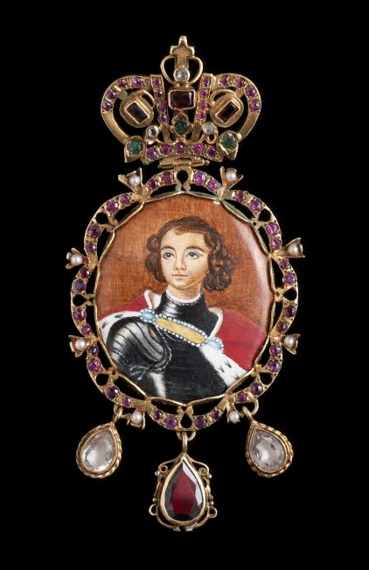 Remarkably, the nearly 200 works on view were assembled during the Cold War by a single private collector in Atlanta. They form only a small part of a collection that has been virtually unknown for decades. Promised to the Georgia Museum of Art, the collection of 2,217 objects is currently there on long-term loan. Much of the collection is now being documented for the first time, the beginning of an extensive, multi-year research process that will result in a publication. As The Huffington Post notes, Dr. Kirin has already uncovered exciting new information:

“Most of the objects in 'Gifts and Prayers' had not been previously documented, a fact which led to detective work by Kirin. One of the mysteries centered on the small Portrait of a Youth. An x-ray machine at UGA’s College of Veterinary Medicine and multispectral imaging helped authenticate the signature of Aleksei Venetsianov, one of Russia’s most significant early 19th-century artists.”

From all of us at the Dodd, our congratulations to Professor Kirin on his successful exhibition and best wishes for the exciting research to come!

In addition to visiting the exhibition "Gifts and Prayers: The Romanovs and Their Subjects" next door at the Georgia Museum of Art through December 31, students and faculty have several chances to learn more about the fabulous gifts of the Russian tsars this Friday and Saturday. All events are free and open to the public. 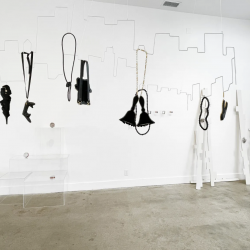 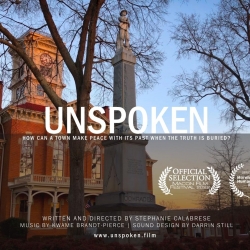 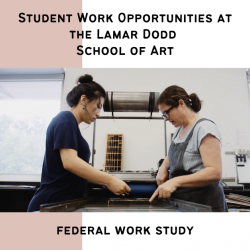 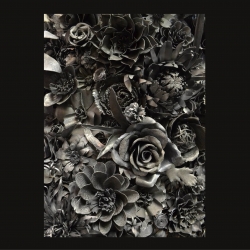