In late April, Austin-based photographer, Barry Stone, and New York-based photographer, Lucy Helton began faxing each other an image a day. A form of transmission and exchange, the project created a way to collaborate from home. When they started, the United States was in quarantine, in the throes of the height of Covid19. When it ended, in late May, the country was on the precipice of a revolution, demanding that Black lives matter. It might be difficult, at first, to trace such turbulence in this exchange. Stone’s more defined images of landscapes and fragments of works of art contrast with Helton’s blurred and hazy lines, textures seemingly from some far off planet. Her title list at the end of the exhibition, however, makes clear that each work is named after a headline of the day, indicating the urgency of the moment, the fraught and heightened nature of our daily news.

The tension between the images, the headlines, and the everyday realities of living in our current time is what guides this project which is informed by MoMA’s landmark 1970s exhibition, Information. That show featured artists like Vito Acconci who had his mail delivered to the museum. Joseph Kosuth’s famous One and Three Chairs made an appearance. A chair, the photograph of the chair, a definition of “chair.” The controversial exhibition eschewed ineffable experience and traditional aesthetics for a straight-forward presentation of the facts of our world. 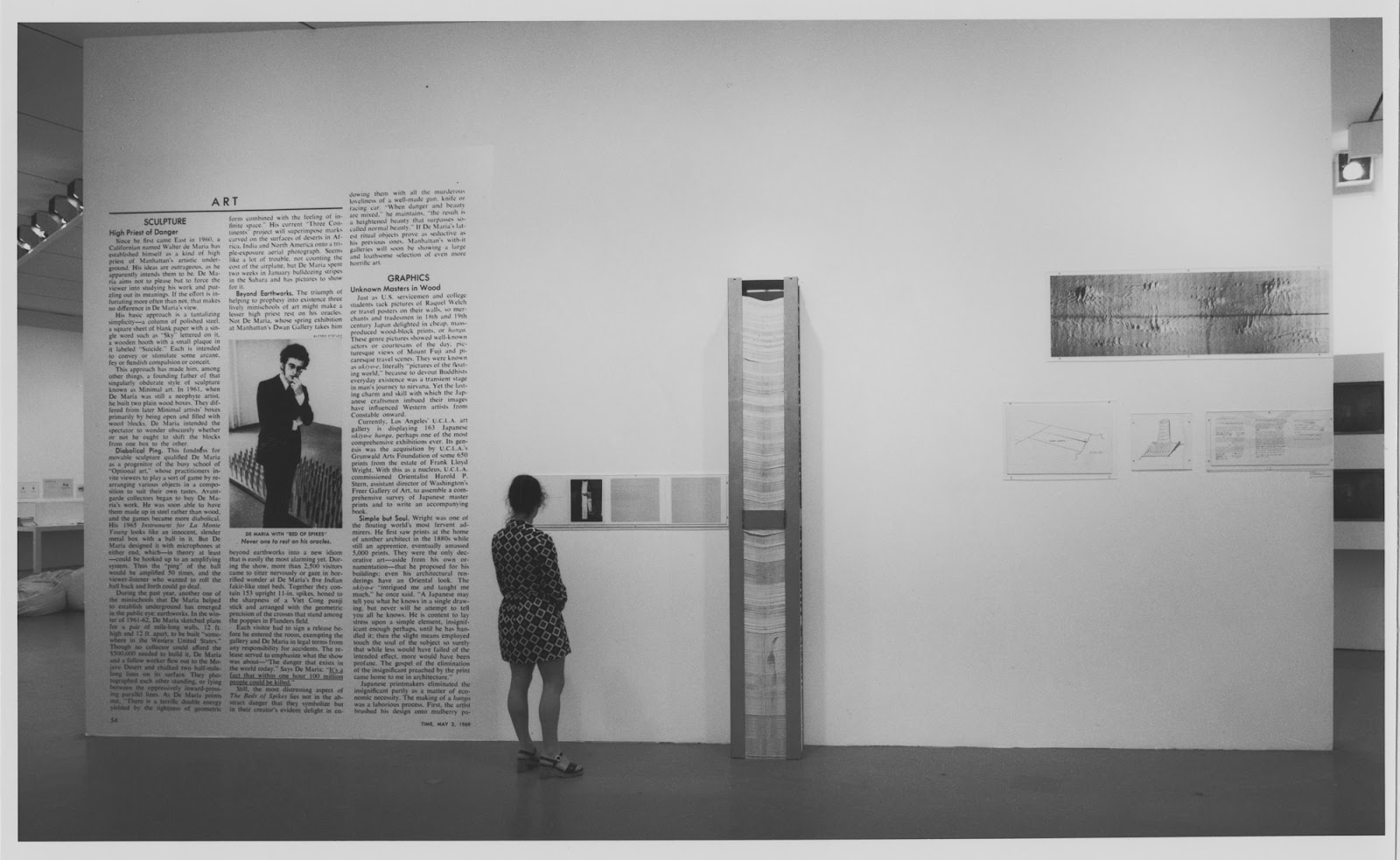 Stone and Helton too avoid the romanticism of the medium, the sharpness of the photo now lost to the raster of the fax machine. Faint lines build up to create an altered image. Stone’s photos act as a kind of diary, tracing his daily life and travels, whereas Helton’s are parts of an even larger whole. When stitched together, her images create a high-res scan from a video found online depicting permafrost melting in Siberia. Stone’s photographs of his life in Texas and abroad are interrupted by Helton’s abstract yet urgent warnings: the news of the day amidst our global warming crisis. Read together, they create, according to Stone, an almost lyrical transformation: “The fax machine works by marking the paper via different dial tones. It’s basically a song that plays out over the wires.”

A call and response for sure, signs of life from across the country during what we’ve all decided to deem “these unprecedented times.” Kynaston McShine, the curator of Information, wrote in his catalog essay about the political upheaval occurring in 1970 domestically and abroad: “It may seem inappropriate, if not absurd, to get up in the morning, walk into a room, and apply dabs of paint from a little tube to a square of canvas.” Uncertain times call for creative, even radical solutions. Stone and Helton, in their way, have composed a signal, a song, a fax tone screech to mark a month in America we won’t soon forget.

Barry Stone was born in Lubbock, Texas, and earned a BA in Biology and an MFA in Studio Art in Photography from the University of Texas at Austin.His work is represented by Klaus von Nichtssagend Gallery in New York and Gaa Gallery in Provincetown MA and Cologne, Germany and he was the founding member of the artist collective, Lakes Were Rivers. Stone is a Professor and the Coordinator of the Photography Program at the School of Art and Design at Texas State University. His work has been nationally and internationally exhibited most recently at Center for Art and Media, (ZKM) in Karlsruhe, Germany, The Lianzhou Photography Festival in China, and with Klaus von Nichtssagend Gallery in New York City. His first monograph, Daily in a Nimble Sea, published by Silas Finch was a finalist for the Lucie Photobook Awards in New York City, was shortlisted for the National Gallery of Victoria Cornish Prize in Australia and was chosen a photobook of note for 2017 by Jeffrey Ladd for Photobooks UK and Elizabeth Avedon. His photographs are in several collections including the Cleveland Clinic, Fidelity Mutual Corporation Collection, and the Museum of Fine Arts Houston. His work has been reviewed in many publications including  Artforum, Artlies, Artnet, Washington City Paper, The New York Sun, TimeOut New York, and the New York Times. His most recent body of work, Drift, will be exhibited as a solo show in the coming year at Klaus von Nichtssagend Gallery in New York. http://barrystone.com/  Stone originally exhibited at the Dodd Galleries in 2014, when he screened his video Hum.

Born in London and based in New York, Lucy Helton received her master’s degree in fine art photography from Hartford Art School, CT, in 2014. Rising from a necessity to express her personal anxieties and concerns about the environment, her first photo book Actions of Consequence was nominated for the MACK First Book Award 2014, shortlisted for the Kassel Dummy Award 2015, and The Anamorphosis Prize 2015. Her most recent book Transmission (Silas Finch, 2015) – a message from our future to our recent past – was shortlisted for the Paris Photo-Aperture First Book Award 2015. Helton approaches the landscape systematically, aiming to create an experience of exploration and examination. The overlapping frames to create the larger view, and the obvious repetitive lines seen in the work, reference current systems used by geologists and mapping specialists to record our planet today. After gaining a HAM radio General Class license, Helton makes both long and short range image transmissions, testing the boundaries of art and technology. Helton’s books are collected by the Cleveland Institute of Art, MoMA, MET, Brooklyn Museum, Houston Center of Photography, Hirsch Library at the Museum of Fine Arts Houston, and the David M. Rubinstein Rare Book & Manuscript Library at Duke University, among others. http://www.lucyhelton.com/