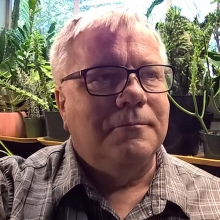 Installation Art. (2003 to present.) I am an interior designer with a background in music. My work always is sensitive to time, movement and performance in space. For me installation art is a natural outgrowth of interior design. My installations, like my interiors, rely heavily on layering of information, offering distinct experiences from a distance and up close. They pull the viewer into and through a space or towards and around an event. Each installation is site-specific. Dichotomies create common threads throughout the body of my creative efforts: Promise vs. Loss, Hope vs. Despair, Appearance vs. Reality, Acceptance vs. Alienation. I cautiously address these through contradictions and metaphors.
I have shown installation art in Alabama, Georgia, Ohio, South Carolina and West Virginia. I have extended its impact through juried and peer-reviewed presentations at national and international conferences in the United States, Japan, Greece, Italy, Bulgaria, Czech Republic, Great Britain, France, Hungary, and Russia.

Graffiti, Public Art and Policy. (2016 to present.) Graffiti is a hotly contested component of urban landscapes and contemporary material culture. This research interest sprang from photo documentations I have made while traveling in the U.S., Europe, the Middle East, North Africa and the Far East. I have conducted extensive literature reviews documenting the historic explosion of graffiti from the hip-hop culture of mid-1980s to the present. Special emphasis is placed on a perceived continuum spanning from the view of graffiti as vandalism to the legitimization of it as social commentary, from defacement to cultural heritage. I also garnered in-depth images and information during private graffiti tours in Athens, Greece and Rome, Italy, in 2016; in Barcelona and Granada, Spain, in 2018; and in Moscow and St. Petersburg, Russia, Berlin, Germany; and Lisbon, Portugal, in 2019. This combination of creative scholarship and research led to peer-reviewed paper presentations at international conferences on the Arts in Society in Paris in 2017, the Future of the City in Barcelona in 2018, and the Arts and Society, Lisbon, Portugal in 2019.

Thom Houser is a professor in the interior design program in the School of Art at the University of Georgia, Athens. He periodically spends summers teaching exhibition and furniture design at the UGA campus in Cortona, Italy. He has a masters in design from the University of Tennessee, Knoxville, and an undergraduate degree in music education from Maryville College, Maryville, TN. His decade of full-time professional design experience focused on hospitality, medical, and office projects. As an early adopter of computer technology he developed numerous apps for AutoCAD and Autodesk Architecture. Since 2006, he has travelled to the Middle East over 25 times to serve as a licensing and accreditation reviewer for the Commission for Academic Accreditation, Ministry of Education, United Arab Emirates. His recent creative scholarship centers on making installation art melding experiences in art, design, music, photography, poetry, technology and cross-cultural encounters. He has presented at national conferences across the United States and in Bahrain, Bulgaria, Canada, Czech Republic, France, Greece, Hungary, Italy, Japan, Portugal, Russia, Spain, and the United Kingdom. His recent photo forays have occurred in those countries and in Germany, India, Morocco, Oman, and Turkey.

Video projected on four monitors around base of my installation "Babel Amidst an Arising."

ATTRITION installation video only from Thomas Houser on Vimeo. 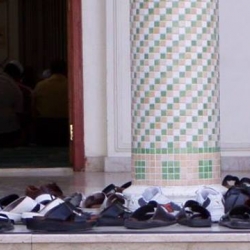