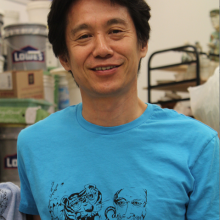 High fired ceramic sculpture/ Architectural sculpture/ Slip casting ceramic/ Ink drawings: Yuh’s work is informed by his personal and intimate experiences in everyday life. He records these impressions as spontaneous yet intricate ink and brush works. Selected two-dimensional compositions are then represented and re-contextualized into conceptual and three-dimensional forms on small to monumental scale.

Yuh was born in 1960 in South Korea, immigrated to the U.S. in 1988 and now resides in Athens, GA, where he is a professor of art at the University of Georgia. He received his BFA degree from Hong Ik University, Seoul, Korea and his MFA degree from the New York State College of Ceramics at Alfred, NY.

Yuh’s ceramic sculpture compose of tight groupings of various forms including plants, animals, fish, and human figures. While Korean art and Buddhist, Christian and Confucian beliefs inform some aspects of his imagery, his work is largely driven by implied narratives that often suggest socio-political critiques. Yuh’s current focus on type of architectural-scale sculpture and on pushing his medium to its limits of size.

He has exhibited widely and has received many awards and honors. He was the recipient of the Joan Mitchell Foundation grant, the Grand Prize at the 2nd World Ceramic Biennale International Competition, Icheon, Korea, The Elizabeth R. Raphael Founder’s Prize and the Virginia A. Groot Foundation. His work is in the collections of The Renwick Gallery at the Smithsonian Institution, Washington D.C., The Museum of Fine Arts, The State Hermitage Museum, St. Petersburg, Russia, Houston, Houston, TX, Icheon World Ceramic Center, Icheon, Korea, the International Museum of Ceramic Art, Alfred, NY, the Philadelphia Museum of Art, Philadelphia, PA, the Oakland Museum of Art, California and more. 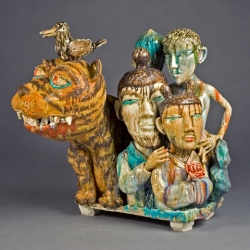 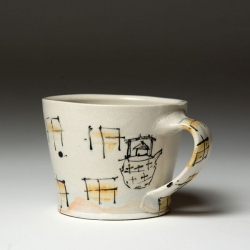 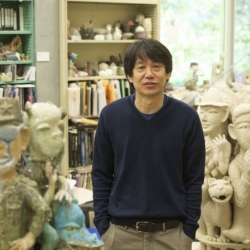 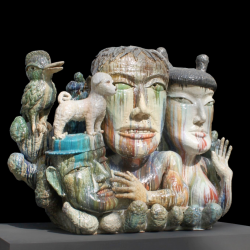