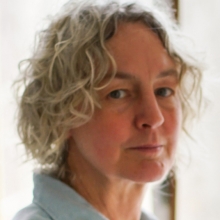 As an artist, I am intrigued by the way spaces work together and how people inhabit — and interact — with those spaces. Seeking to capture this in my work, I spend my time traveling, observing, and sitting quietly wherever I go. I do this to gather the essence of a place, to soak in the details, and to begin to know how to interpret those places.

My work requires exploration and travel, but sometimes I’m a tourist in my own towns of Athens, Georgia, USA and St. Maixant, La Creuse, France. I am at my greatest center of peace and inspiration as I discover locations to document, creating sketches on the spot, and returning to the studio to create new bodies of work. This work often makes its way back to the place where it was gathered, as I love to share these works with the people inhabiting the very spaces I interpret. I believe that the beauty surrounding us often becomes an afterthought when we experience it every day. From the perspective of an outsider, I am fortunate to bring attention to the beauty I see, that there is something seductive in the afternoon light, in the abandoned sign on an old petrol station, on a cobblestone pathway or outside on the peeling paint of a front door...

As I continue to create and explore new places and ideas, I find beauty not only in the world around me, but also in the people who generously share their stories. I delight in sharing my unique vision of the world with others who also enjoy a sense of discovery and wonder. I love sharing the architecture I come across in my travels, the genius loci, the special light, the colors of the setting sun on a skyline -- and while painting on silk is my métier, I relish exploring artistic ideas in other mediums. My mission is to bring beauty into the world and share it far and wide.