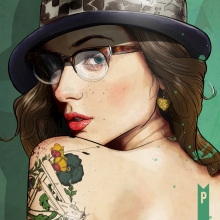 Keith P. Rein (°1983, New York, United States) makes drawings, paintings and mixed media artworks. By choosing mainly formal solutions, Rein seduces the viewer into a world of ongoing equilibrium and the interval that articulates the stream of daily events. Moments are depicted that only exist to punctuate the human drama in order to clarify our existence and to find poetic meaning in everyday life.

His drawings often refers to pop and mass culture. Using written and drawn symbols, a world where light-heartedness rules and where rules are undermined is created. By emphasising aesthetics, he touches various overlapping themes and strategies. Several reoccurring subject matter can be recognised, such as the relation with popular culture and media, working with repetition, provocation and the investigation of the process of expectations.

His works are based on formal associations which open a unique poetic vein. Multilayered images arise in which the fragility and instability of our seemingly certain reality is questioned. By using popular themes such as sexuality, family structure and violence, he tries to develop forms that do not follow logical criteria, but are based only on subjective associations and formal parallels, which incite the viewer to make new personal associations.

His works sometimes radiate a cold and latent violence. At times, disconcerting beauty emerges. The inherent visual seductiveness, along with the conciseness of the exhibitions, further complicates the reception of their manifold layers of meaning. Keith P. Rein currently lives and works in Fort Collins.