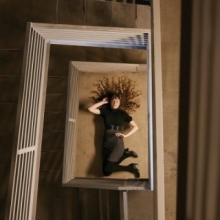 My work explores, often through fictional narrative, the real-world power structures and tensions that exist not only between different cultures and social classes, but also between humanity and the natural world. More specifically, I construct stories about people who have gained or lost power, people who have given their power willingly, and people who have had their power taken from them. Power exchanges infiltrate every conceivable realm of human activity; by isolating and – in an almost monastic sense – illuminating these exchanges, I am cataloging just a few of the innumerable threads in the undocumentably complex web of human interaction.

Most recently, my work has concentrated on the human compulsion to collect, categorize, list, and document both the natural world and, as an extension, the worlds of other peoples and cultures. I draw from turn-of-the-century texts, illustrations, and scientific thought as aesthetically enrapturing but blatantly problematic records of this colonial impulse. By appropriating the era’s gaudy and crowded illustrative style, my work connects the naïve fairytale depiction of colonial adventures in far-off lands with more modern (or even futuristic) narratives and social systems. Although colonialism and cultural appropriation are widely reviled concepts in our increasingly globalized world, it is clear that the impulse still remains; from the overseas traveler avoiding areas that are “too touristy” to the urban foodie keeping his favorite hidden gem under wraps, Western society is still obsessed with the “exotic” and the “authentic.”

Because storytelling is so intrinsic to how people contextualize, experience, and even lay claim to the world, my work takes the form of narrative structures such as the artist book and the interactive installation. Through meticulous craftsmanship in the depiction of lush environments, opulent aristocracy, and fantastic animals, these works seduce the viewer into enjoying and appreciating imagined worlds imbued with real ugliness. My role, in the end, is that of the storyteller: to entice and engage, but also to investigate real-world power dynamics through a more inviting, fictional lens.