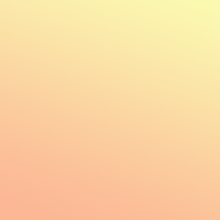 The main objectives for Michael Pollard's research are:
- Enhance and eventually supplement traditional art techniques with digital skills or enhancements.
- Explore real-world methodologies and techniques within a common production pipeline.
- Elevate knowledge and expectations regarding critiques, deadlines, and professional presentation.

Michael Pollard is passionate for combining art with his love for the sciences. This pursuit lead him to a degree in Scientific Illustration at the University of Georgia. That was his gateway to Medical Illustration and Animation at the Medical College of Georgia where he received his Masters degree. After school, Michael moved west to Fort Collins, CO to work with Visual Health Solutions. During this time, he was fortunate to work with clients such as The Dr. Oz Show, MSN, Harpo (The Oprah Winfrey show), The Today Show, Healthline, Maquet, Estech, P&G, McKesson, Snell, Relay Health, ABC, COPIC, and many others. After 8 years in CO, Michael moved back to GA to be closer to family with his wife, Emily, and three sons, Jackson, Rylan, and Nolan. After 8 years of working with Visual Health Solutions, Michael left the company to pursue a role as Systems Engineer at Layer 3 Communications. As of Fall 2015, Michael became a part-time instructor at the University of Georgia teaching the next generation of artists digital media techniques and best practices for success in a production artist environment.